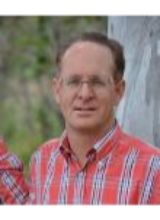 John Rolfe is a resource economist who is Professor of Regional Economic Development in the School of Business and Law at the CQ University at Rockhampton, and a Fellow of the Academy of the Social Sciences in Australia.

Professor Rolfe has a number of research interests, but specialises in non-market valuation, regional development, environmental, resource and agricultural economic issues, agricultural adoption, and economic impact assessment in regional areas. He co-edited two important reference books on the topic of non-market valuation and benefit transfer in 2006 and 2015, and has published in a number of discipline areas outside his core skills in Applied Economics, including agricultural management, environmental reporting, impact assessment, and regional development,.

Professor Rolfe has led a number of major research projects (> 40) over the past 10 years for a total funding value of more than $7.4M. His research has been funded through a number of sources, including the Australian Research Council grants, Australian and State Governments, Research and Development Corporations, and industry grants. He has supervised a number of PhD and Masters students to completion, as well as post-doctoral researchers. Professor Rolfe is a past Editor-in-Chief for a major applied economics journal, the Australian Journal of Agricultural and Resource Economics.

Professor Rolfe’s standing in the resource economics field in Australia is shown by his participation in the national Environmental Economics Research Hub, from 2007-2011, where he was one of four program directors. In 2011, he was identified by Regional Development Australia as one of the most influential academics in Australia in regional development issues. He has served as the Independent Chair for the Gladstone Regional Community Consultative Committee on the basis of his expertise in impact assessment since 2012, and as Chair of the Gladstone Healthy Harbour Partnership Independent Science Panel as an expert in resource economics since 2016. In 2012-2013 and again in 2016-2017 he was one of the leaders of the 2013 Great Barrier Reef Science Consensus Statement, reflecting his expertise in this topic. In 2014-15 he acted as an expert in agricultural and development economics to an Expert Working Group in the Australian Council of Learned Academics. In 2019 he was appointed by the Queensland and Australian Governments to the Great Barrier Reef Independent Science Panel.

Professor Rolfe has extensive practical and policy experience on the intersection of agricultural and environmental issues in northern Australia, with a focus on economic analysis. At an academic level his key impacts are largely in the development and application of non-market valuation techniques, particularly choice modelling, and the transfer of those values to different case study settings. At a policy level, he has had a major role in applying economic analysis to key issues in regional development, agricultural development and resource protection, with a particular emphasis on dealing with agricultural water quality issues into the Great Barrier Reef.John has a number of research interests, but specialises in non-market valuation, regional development, environmental, resource and agricultural economic issues, agricultural adoption, and economic impact assessment in regional areas. He has 115 refereed publications in the form of journal articles, book chapters, book reviews and conference papers, and a further 250 non-refereed journal articles, conference papers and research reports. John Rolfe has more than 2,000 citations and an H-index of 25 in Scopus, and 5,900 citations and a H-Index of 37 in Google Scholar.

Professor Rolfe has extensive practical and policy experience with agricultural and environmental issues in northern Australia. He has a background in agriculture and operated a cattle property in the Central Queensland region for a number of years. John has worked at Central Queensland University in part-time and then full time roles since 1989. As well as academic roles, he has also held a number of management positions in different parts of the University, including Head of Campus, Head of School, Director of Research Centre, and Deputy Dean Research. He served as President of the Australasian Agricultural and Resource Economics Society in 2019-20.

John Rolfe was educated at the Brisbane Grammar School, and then received undergraduate degrees from the University of Queensland in Commerce and Ecomomics in 1982 and 1986, the latter with first class honours. He completed his PhD on environmental valuation with the University of New South Wales in 1999. He has a background in the pastoral industry, and spent 25 years running a cattle property in central Quensland.

Professor Rolfe has a very active academic role in reviewing, acting as an academic referee for more than 20 academic journals in the past three years. He regularly marks PhD theses and has also participated in staff promotion and excellence awards for other universities in Australia and New Zealand. He has been an assessor for the Australian Research Council for several years, including for Discovery, Linkage, DECRA and CRC rounds. John Rolfe has had a strong influence on industry and government, particularly at a regional and state level. He has participated in several committees for Government, such as the Central Highlands Regional Resource Use Planning Program, the Social and Economic Projects Program Implementation Board and the Fitzroy Basin Community Reference Panel reviewing the Water Resource Plan.

Professor Rolfe is the Independent Chair for the Gladstone Regional Community Consultative Committee on the basis of his expertise in impact assessment. In 2013, Professor Rolfe led the economic and social sections of the 2013 Great Barrier Reef Science Consensus Statement, which consolidated available knowledge on the health and management of the Great Barrier Reef. He is a member of the Independent Science Panel for the Gladstone Health Harbour Partnership as an expert in resource economics since 2013, and in 2014 has been appointed as a member of an Expert Working Group on agriculture for the Australian Council of Learned Academics. In 2019 he was appointed by the Queensland and Australian Governments to the Great Barrier Reef Independent Science Panel.

Details of the Centre for Environmental Management, including links to research partners, can be found at www.cem.cqu.edu.au

A range of my research outputs and reports can be found at the following two websites: www.resourceeconomics.cqu.edu.au

Since 2003 Professor Rolfe has produced more than 60 research reports, many of which have been directly for use by industry and government. Key areas of focus have been conducting and reviewing Economic and Social Impact Assessments for major industry developments in Queensland. In 2010 Professor Rolfe led a major project for the Queensland Resources Council where the economic impact of the resources sector was assessed for all shires and regions within the state.

John Rolfe is a past Editor-in-Chief of the Australian Journal for Agricultural and Resource Economics, where he was responsible for volumes 58-60.

Professor Rolfe has also been involved in 15 research consultancy projects for approximately $0.75 million in funding, almost all as project leader. Most consultancy projects have been for industry, assessing the economic and social impacts of resource development, but some have been conducted for state and local governments.