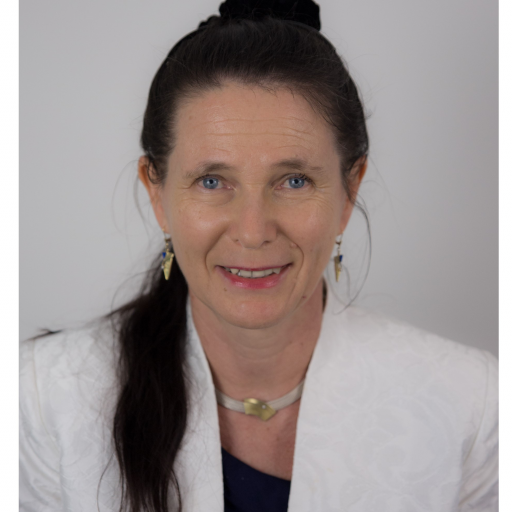 My general areas of expertise include (a) language documentation, linguistic typology and universals of languages, (b) historical and comparative linguistics, with special focus on language contact and areal linguistics, (c) multilingualism and sociolinguistics, (d) endangered languages and typology of language obsolescence, and (e) interactions of language and culture, and linguistic anthropology. I am a major expert in gender (including linguistic and social gender) and noun categorization devices of various kinds, especially classifiers - numeral, possessive, verbal, and other types. My further major area of expertise covers evidentiality (grammatical expression of informaiton source) and the expression of informaiton source in general across the languages of the world, in addition to related categories, including mirativity and expectation of knowledge, access and attitude to knwoledge (covering modalities of various types). I am a major expert in commands and directives, especially imperatives and prohibities as their negative counterpart, and their interaction with societal structures and hierarchies. My further expertise lies in the investigation of possession and ownership across the world, with special focus on correlations between these and societal hierarchies and relationships. Further areas include serial verb constructions as a means of packaging information, verb compounding, the structures of phonological and grammatical word, clitics, comparative constructions, clause chaining, number systems, valency-changing derivations, deictic categories, and the typology of word formation and derivational processes, discourse and grammar, and lexicography and semantics in general. My expertise in each individual grammatical issue covers its realization, semantics, cognitive motivations, and historical development, including contact-induced change, addressing diversities and communalities in languages across the world, and offering cultural, cognitive, historical and areal explanations. My further areas of expertise lie in grammar writing and its methodology, fieldwork techniques and methodological issues, and compiling dictionaries. I am an expert in linguistic aspects and issues of health communication with particular focus on outbreaks (including COVID-19) and its impact on language.
My specific fields of expertise cover Amazonian and South American languages in general, with special focus on Arawak languages (the largest family in South America), especially those from northwest Amazonia. I am also expert in Papuan languages of New Guinea, especially those of the Sepik region and the Ndu family (including Manambu, Yalaku, and Iatmul), with additional expertise on Oceanic and other Austronesian languages. My expertise in the Amazonian and Papuan domains involves grammatical analysis and dictionary creation, historical and comparative analysis and investigation of contact-induced change for each group, based on intensive fieldwork and archival work. For each of these, my expertise includes in-depth familiarity with the relevant social and cultural practices and ethnographic issues, the history of studies for each of the groups, and their cultural contexts with other groups. I am closely familiar with a number of Indo-European, Semitic, and Finno-Ugric languages. My further areas of expertise lie in comparative Indo-European and Afro-Asiatic languages and cultures, and specific issues in the languages I know, including Portuguese, French, German, Russian, Estonian, Yiddish, and Hebrew across its history.
Based on my extensive fieldwork experience on several continents, my special expertise lies is in closely working with small communities in Amazonia and PNG and expatriate and immigrant communities, producing materials including story books, primers, and teaching-oriented grammars and thesauruses, managing large corpora of data (also in web-based form), and in social and cultural anthropology and gender studies.

I am committed to language maintenance and the reclamation of First Nations' languages all over the world, and to social justice.

When Professor Sasha Aikhenvald was working in the East Sepik province of New Guinea she was fascinated to discover that the asset most prized by the people of the province was their name. In East Sepik, her name was important and valuable, but when she wanted to enrol in the classics department of Moscow State University in the old Soviet Union, her Jewish surname made her unacceptable.

Instead she chose linguistics for its mathematical rhythms, crossword puzzle complexities and cultural idiosyncrasies. The decision was the catalyst for a prolific body of research that included Berber languages of North Africa and Hebrew but focused on tropical languages, predominantly those of Amazonia, the Papuan languages of New Guinea and Aboriginal Australia.

Her research interests include-

• Institute of Oriental Studies of the Academy of Sciences of the USSR, Moscow: PhD in Linguistics, 1984 (thesis topic 'Structural and Typological Classification of Berber Languages')

• La Trobe University, 2006: Doctor of Letters by examination of four books and 14 papers.

• Research Fellow, Department of Linguistics, Institute of Oriental Studies of the Academy of Sciences of the USSR, January 1980 - September 1988

• Travel Award of the SSILA (The Society for the Study of the Indigenous Languages of the Americas), 1991

• Centenary Medal, for service to Australian society and the humanities in linguistics and philology, 2003

• Fellow of the Australian Academy of the Humanities (elected 1999)

• Member of Linguistic Society of America, since 2001; elected Honorary Member 2008 (the number of Honorary Members is limited to 40 by the LSA constitution; they are spread over 25 countries)

• Fellow of the Queensland Academy of Arts and Sciences, elected 2015.

• Member of the Academia Europaea, elected 2021.

I have supervised over 30 students (Honours BA, MA and PhD) in Brazil, Australia, and the USA, and examined over 20 theses in Australia, USA, Brazil and Estonia.

• Devising orthrography, and supervising the Tariana teaching program at the Escola Tariana (Irine) and the College of São Miguel in Iauaretê (Amazonas, Brazil).

• Providing consultancy and teaching materials for the Tariana revitalization program in the Iauaretê region of Amazonas, Brazil.

• Devising teaching materials on the Manambu language in cooperation with the Avatip Primary school (Avatip, Ambunti region, ESP); and with the Manambu Association in Port Moresby.

• Devising teaching materials on the Yalaku language in cooperation with the Elementary school (Yalaku village, Ambunti region, ESP), under the leadership of Joel Ukaia, the Ward Councillor.

• Australian Academy of the Humanities Grant, 2001, 'Collaboration with the countries of the ex-USSR', to sponsor the visit of Prof. Ago Künnap, Tartu University, Estonia, $3,500

• Fellow of the Australian Academy of the Humanities (elected 1999)

• Member of Linguistic Society of America, since 2001; elected Honorary Member 2008 (the number of Honorary Members is limited to 40 by the LSA constitution; they are spread over 25 countries)

• Fellow of the Queensland Academy of Arts and Sciences, elected 2015.

• Member of the Academia Europaea, elected 2021

• Member of Societas Linguistica Europea, since 1990

• Member of The Society for the Study of the Indigenous Languages of the Americas, since 1990

• Member of the Linguistic Association of Brazil (ABRALIN), since 1992

• Member of the Australian Linguistic Society, since 1994

• Member of the Association for Linguistic Typology, since 1995

• Member of Linguistic Society of Papua New Guinea, since 1997

• Member of the American Anthropological Association (AAA), since 2007

• Member of SALSA (Society for the Anthropology of Lowland South America), since 2007

Correlations between language and society

Indigenous languages of the tropics (especially Amazonia and PNG)

1. 1986 Strukturno-tipologichskaja klassifikacija berberskih jazykov. Material i metodika issledovania. Imja. Mestoimenie. (A Structural and Typological Classification of Berber. Materials and methodology of the study. Nouns. Pronouns). Publication 7 of the Department of Languages of the Institute of Oriental Studies of the Academy of Sciences of the USSR, Moscow, Nauka, 57 pp. (in Russian).

16. 2012. The languages of the Amazon. Oxford: Oxford University Press.

24. 2021. The web of knowledge. Evidentiality at the cross-roads. Series ‘Brill Research perspectives in linguistics’. Leiden: Brill.

18. 2007. Special Guest Editor of Evidentiality, a special issue of Linguistics of Tibeto-Burman Area 30.2.

20. 2011. A. Y. Aikhenvald and Pieter Muysken. eds. Multiverb constructions: a view from the Americas. Leiden: Brill.

22. 2013. A. Y. Aikhenvald and Anne Storch. Perception and cognition in language and culture. Leiden: Brill.

• Consultant for the Tariana revitalization program in the Iauaretê region of Amazonas, Brazil, and the community schools

• International Consultant for the Summer Institute of Linguistics 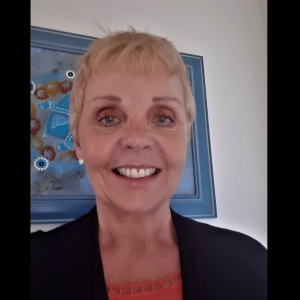