About Me
Dr Benjamin T. Jones is a historian who joined the School of Education and the Arts at CQU in 2019. Previously, he was an Australian Research Council DECRA Fellow in the School of History at the Australian National University. Along with the ANU, he has taught history at the University of Sydney, University of New South Wales, and Western Sydney University. He has held Visiting Fellow posts at Indiana University and Durham University. He has also worked as a historian at the Museum of Australian Democracy. Benjamin has a broad range of research interests including Australian and Canadian colonial histories, republicanism, Australian nationalism, secularism, and pedagogical theory.
Dr Jones is the author of This Time: Australia's Republican Past and Future (Redback, 2018), Atheism for Christians: Are there lessons for the religious world from the secular tradition? (Wipf & Stock 2016) and Republicanism and Responsible Government: The Shaping of Democracy in Australia and Canada (McGill-Queen's University Press 2014). He is the co-editor of Elections Matter: Ten Federal Elections That Shaped Australia (Monash UP, 2018) and Project Republic: Plans and Arguments for a New Australia (Black Inc 2013). Dr Jones was the lead researcher of the Alternative Australian Flag Survey.
General

* Invited to speak at the University of Hawaii and surrounding high schools about the Stolen Generations and reconciliation, 2019.

* Most recent book, Elections Matter, was launched by Michelle Grattan. I organised and secured funding for a symposium in support of this book with Antony Green as keynote speaker.

* Invited speaker at University of the Third Age in support of This Time, 2018.

* Book, This Time, was launched in Sydney by Peter FitzSimons and in Canberra by Matt Thistlewaite MP.

* Awarded a Visiting Fellowship at the University of Durham in November 2017.

* Awarded a Visiting Fellowship at Indiana University in September 2017.

* Personal website, Thematic Musings, was archived by the National Library for being of national significance, 2016.

* Selected as one of two inaugural Summer Scholars at the Museum of Australian Democracy, 2008.

I appeared on Sky News as an invited expert to discuss the Australian flag in 2018. I have also appeared on Channel Seven’s Sunrise program, SBS news and News Asia in Singapore.

I have had many radio interviews on local and international stations including with Phillip Adams on Late Night Live, Anna Vidot on ABC Canberra, and Tracey Holmes on Radio National.

I am an active member of the Australian Historical Association and was interviewed for their Emerging Historians section in 2017 and again in 2018 on ‘Dissecting the DECRA’.

I currently have 10 published articles for The Conversation. I was an invited expert to write the explainer on the White Australia Policy. (https://theconversation.com/profiles/benjamin-t-jones-111186/articles)

I have published three articles for ABC’s The Drum (https://www.abc.net.au/news/benjamin-t-jones/4959894) and 46 for Independent Australia (https://independentaustralia.net/profile-on/dr-benjamin-t-jones,21).

Other mainstream publications include:

‘Now or never: what's holding Turnbull back from a republican referendum?’, The Guardian, 31 July 2017.

‘We need to get serious about connecting with Asia’, The Australian, 24 June 2015.

‘Every vote counts, so don't make an ass of yourself’, Sydney Morning Herald, 4 September 2013.

I also engage with colleagues and the general public through my blog, Thematic Musings, and my social media platforms.

As sessional tutor and guest lecturer 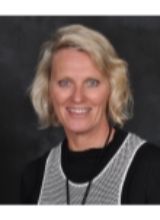 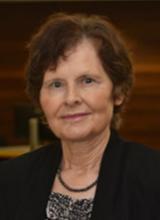 Benjamin writes frequently for The Conversation. Here is a list of his articles.
Read More...