Prof. Matthew Rockloff received a Ph.D. in psychology from Florida Atlantic University in 1999. Dr Rockloff is Head of the Experimental Gambling Research Laboratory. Dr. Rockloff has been honoured as a Jack Walker Scholar and twice as an Aurel B. Newell Fellow. Dr Rockloff was named in the Top 15 Unijobs Lecturer of the Year Awards in 2011, 2012 and 2013. Prof Rockloff was named an Ig Nobel Laureate in 2017 for his experiments on how contact with a live crocodile affects a person’s willingness to gamble.

• Introduction of a “nomination” scheme for internal Population Research Laboratory grants. This scheme aims to recognise researchers who are judged as likely to make significant contributions to research outputs at CQUniversity.

Developed and delivered the Researcher Career Development Program based on a similar initiative at QUT (Budget = $300K). Early successes from participants include a $650K grant from NHMRC in 2012.

Initiatives include establishment of a Research Club based on gamification principles to increase discipline journal/research outputs.

Leading CQUniversity’s involvement in establishment and running the Queensland Centre for Social Science Innovation (QCSSI). This multi-university partnership is joint-funded by the Queensland Government ($10 million) with nodes at UQ, QUT, Griffith and JCU.

• Contributed to a successful $5.5 million funding application for establishment of the CRN at CQUniversity.

• Contribute to ongoing management of the CRN Social and Population Health stream.

Coordinated the format and delivery of a Research Exposition on the Bundaberg Campus.

Managed the staff, budget and other functions of the Centre.

• 2017 Ig Noble Prize in Economics, Matthew Rockloff and Nancy Greer for their experiments to see how contact with a live crocodile affects a person’s wiliness to gamble. 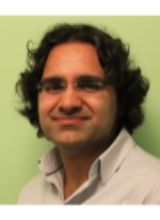 Statistics for Psychology and the Social Sciences

This website provides a free self-study course in Statistics for students in Psychology or other social science courses. It concentrates on the Statistical techniques most common to the experimental methods in the discipline of Psychology