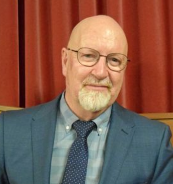 Brian is committed to an understanding of domestic violence as not only as gendered pattern of coercive violence, but as ongoing criminal justice, public health and human rights issues where the safety, freedom, and dignity of women and children are under threat.

His research interests include accountability in the domestic violence sector, effectiveness of collaborative community approaches to domestic violence intervention, identifying and managing unintended consequences of domestic and family violence interventions, and working with men for change. He began work as Senior Lecturer, Head of Program for the Domestic and Family Violence Practice suite of courses at CQUniversity in June 2019.

After 15 years working in leadership roles in the education and human service sectors, Brian undertook advanced counsellor training in the USA. He completed his doctorate in counselling and mental health at the College of Health and Human Services, University of Toledo, Ohio in 2000, where he researched readiness for change in court-mandated male perpetrators of domestic violence.

While in the USA, Brian also trained in the Duluth Model of Domestic Violence Intervention, and he has worked intensively with court-ordered men using the Duluth program.

On returning to Australia, Brian was instrumental in designing and developing the Master of Counselling Program at the University of Queensland, where he coordinated a course in Violence Issues in Counselling. Brian has also provided training for professionals in Domestic Violence Intervention Programs for men who perpetrate intimate partner violence, and with communities organising collaborative community responses to domestic violence.

For the last three years Brian has worked at YFS, Logan, as the practice manager of five men’s domestic violence intervention groups per week. He has supervised Facilitators of the Men’s Program, Women’s Counsellors and Women’s Advocates in the Domestic and Family Violence Program at YFS, Logan.

He is currently on the Board of the Red Rose Foundation and the Advisory Committee of the Australian Institute of Strangulation Prevention..

I have recently returned to academia after a stint in the field, as a practice manager of a men's domestic violence intervention program. Bringing recent practice experience, I believe, enables me to contribute to working more safely and effectively, with an awareness of the shortfalls and pitfalls of intervention systems in terms of victim/survivor safety focus and perpetrator/offender accountability measures.

Trained in the Duluth program, in Duluth Minnesota, USA.

I am a member of the Australian Counselling Association - https://www.theaca.net.au/

I am a board member of the Red Rose Foundation - http://www.redrosefoundation.com.au/

I have been a consultant for Queensland Police Service; Queensland Corrective Services; and various domestic violence agencies working with female victims and male perpetrators. 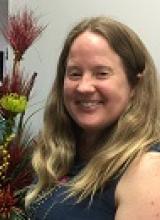